Been a little while since I posted last with anything about Jill. So Dina her former choir director from Dunava sent me this tribute and pix so I have an excuse now to post! I am doing OK, although with every task it becomes more real that she is gone and of course I have my first school cold!. Dealt with the bank this week getting her off the accounts and closing her debit card. Hardest thing to do in my life --very strange! Great seeing her smiling face and the moving tribute from Dina. How she loved singing with Dunava --it was the height of her passion for Balkan music and it shows!


I don’t remember the specific moment I met Jill. When I moved to Seattle in 1999, I found the Radost women’s choir pretty much immediately – I remember asking someone, “so where’s Balkan singing happening in this town?” – and there she was in the dance ensemble, with the biggest smile on stage, singing and yipping at the top of her lungs. She was impossible not to know. Jill embodied Radost – which means “joy” – literally and figuratively.

When I started Dunava in 2005, Jill was one of the first to contact me for an audition. (I was not surprised!) She wasn’t dancing with Radost any more, but she had plenty of enthusiasm for the music and for performing. Given that most singers in the new group had no background in Balkan music, I knew I needed someone with experience and repertoire – and Jill was perfect.

Let’s be honest: Having Jill in Dunava wasn’t always easy. (Surprise? Nah!) Jill had lots of ideas, and was not shy about voicing disagreement. But Jill owned everything she said, everything she did, and every note she sang. If she had difficulty learning a song or holding down her part, she’d come to me and we’d work on it. If she had ideas about what we should wear, where we should perform, or what we should sing, she’d speak up during rehearsal or on the phone. But she always backed me up once I’d made a decision, even if it wasn’t what she had suggested.

Jill sang with us for ten full years. We started with four songs at Northwest Folklife Festival in 2005, and her final performance with us was a full concert at Seattle Town Hall in November 2014, which featured songs that we had learned in Bulgaria that summer. Jill, in spite of increasing fatigue, was able to join us on that trip. It wasn’t easy for her, touring throughout the country in a 20-person bus, but it was an invaluable experience, and she had a fantastic time. I think the first Bulgarian word she learned was “slado-led” – ice cream! Which I believe she managed to have every single day. She had her dietary priorities straight!

Jill helped out in countless ways. She hosted our first photo shoot in her back yard, organized sending out press releases and promotional CDs, made phone calls to get media people to our concerts, and hosted rehearsals for years. She knew from arts management and promotions, and that was immensely helpful. I learned a ton from Jill. In fact, we probably would not have gotten to Bulgaria in the first place without Jill’s fundraising instinct. Even though I was skeptical, she and Jen Morris insisted that we do a crowdfunding campaign to help fund the trip. I didn’t believe anyone would give us money for this self-serving endeavor – but it worked! Here is the video Jen put together, with an excellent pitch by Jill one minute in: https://www.youtube.com/watch?v=RX_7BUH82Vw.

No matter how she felt, Jill was always an absolute star on stage. She had stage presence in spades, and was a consummate performer. At one concert I decided to feature some of the singers as soloists, and Jill hammed it up with a Serbian classic, “Evo banke, tsigane moi” – play for me, gypsie. She had an arm in a sling because she had broken her elbow the week before, but on stage she exuded nothing but joy of singing, performing, and life.

With weekly rehearsals of this challenging and beautiful music, concerts and trips and recording sessions and overnight retreats and clothing exchanges and cookie potlucks and birthday parties and new babies arriving, Dunava is more than a “typical” choir. We are family. Jill was the heart and soul of that family for ten years – with unmatched spirit and enthusiasm and love for what we were doing. When she “retired” in late 2014, I promised her she could sing with us whenever she was up for it, and I was so happy that she could join us on stage at our 10-year anniversary concert in November 2015. She did not have the energy to rehearse, but she (if anyone) knew the Croatian dance suite “Ladarke” cold (who knows how many times she’s performed it – dozens!), and she joined us on stage with the biggest smile, and singing and yipping at the top of her lungs: https://www.youtube.com/watch?v=4cmQ3cv58GE

We will never, ever, forget our Jill. 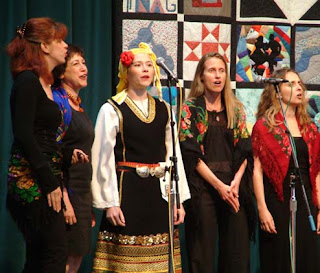 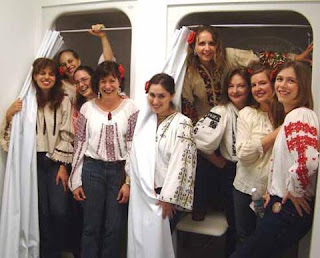 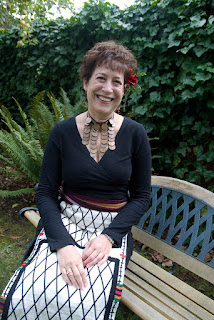 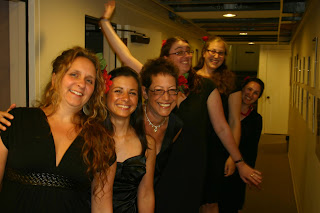 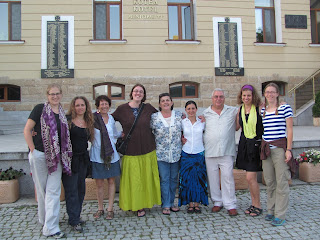 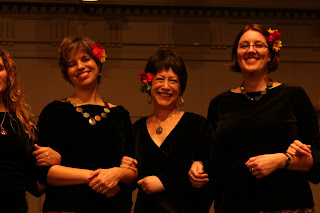 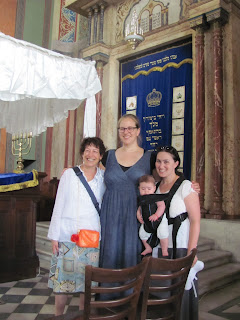 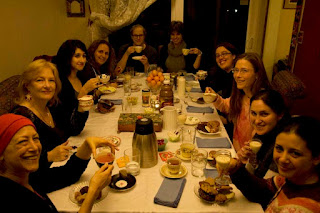 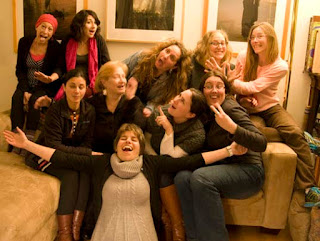