Pesach has alternated between quiet and a madhouse.

On Sunday I started cooking, finished everything by Monday around 2 PM so there was plenty of time to take a nap. Our young friends H and A came over to set the table, sweep the floor, and do any ancillary chores. I certainly couldn't have been ready without them!

Our group of eleven at seder was lively, fun and full of ... POETRY! I had asked everyone to please write a poem about part of the seder, and they really stepped up to the task. Here are some samples


A green shoot breaks through
the packed soil, yearning for
freedom in the spring air,
reaching for the sky, striving
for freedom from the earth.
He wants to be a strong stalk
a beautiful plant
shaking in the summer breeze.
At the peak of his existence, he
gives us his fruit and fades away.
Just a memory on a rainy fall sukkah.


So now it's time for the story of Pesach,
Four questions, four sons, it's all on the mesa,
Tell the story of Exodus and dab wine for the plagues,
We narrowly missed the Egyptian blades.


(Nice play on words in the last line. The Hebrew word of Egypt is Mitzrayim, meaning the narrow place.)

And one last haiku from G:

I plan to type up all the poems and send a booklet to everyone who participated, along with the photos Rik took.

I have n=been deficient in blogging for the past few days.

First of all, my brain mets appear stable. This is the good news from last Monday's scan. Dr G plans to try one more round of Xeloda, although he did agree to reduce the dose by 1/6 (from six pills to five) and will give me an extra week off treatment in April. I may need it, since the leftover fatigue from the last round is still wearing me out.

I continue to have very little appetite in the evenings, and have lost about five pounds (from 120 to 115). Breakfast usually goes well, and lunch too, but somehow I never seem to be hungry until after 8:00 PM.

I am spending today doing some Passover cooking. I just made the chopped liver to my Dad's recipe and after I clean up, will start eggplant caponata, matza farfel "granola" for Rik, and chocolate-almond cupcakes for seder dessert. Tomorrow I will make the roast turkey, chicken soup and knaydlach (matza balls). Everyone else is bringing something.

My plan for Monday is to be done cooking early and have time for a nap. Then I will relax, enjoy seder and let everyone else do the serving and cleaning up. Am I smart or what?
Posted by Jill at 1:12 PM 5 comments:

Immodium seems to finally have stopped the diarrhea, but my tummy is still tender and achy and I have little appetite. I've lost about three pounds. The nurse says that's likely mostly water. Trying hard to stay hydrated.

Yesterday's brain MRI and Avastin infusion left me very fatigued. I slept for several hours after we came home and took a nap after breakfast this morning.

As far as MRI results, I'll see what Dr G says tomorrow. If it's working, he is willing to consider reducing the Xeloda dose so that I don't get slammed with side effects again in the next cycle.
Posted by Jill at 2:40 PM 1 comment:

I still have diarrhea about four times a day, for the sixth day in a row. I spoke to Nurse J today and she recommended doubling the dose of Immodium, explaining that this is the "oncology dose." I took some about an hour ago after a double bout of diarrhea and so far, so good.

I'm also still extremely fatigued. I didn't get up today until almost 11 AM and after a shower and breakfast, went right to the sofa. I slept and dozed for a few hours, then decided to try to function. I am ready to go back to the couch now...

Today is also our eighteenth wedding anniversary. Are we having fun yet?
Posted by Jill at 3:45 PM 2 comments:

I just finished my second cycle of Xeloda and my tumor markers went down 30 points, about 10% (CA 27.29 now 300). However, I developed severe diarrhea on Thursday and had to cancel our planned trip to LA to get together with my family.

My hands and feet are a bit red; hands more so and tender in the thumb joint despite all the lotion I use. I bought socks with attached liners and BodyGlide to put on the soles of my feet. All of this is supposed to reduce friction on the feet and prevent more soreness.

I am sad to miss seeing my family but relieved that I bought trip cancellation insurance. Lots of paperwork to complete but hopefully will recoup our financial investment in air tickets.

Yesterday I was so uncomfortable I didn't take my last dose of Xeloda (day 14). By today the diarrhea has slowed down in frequency but not stopped altogether. I spent the entire day yesterday on the sofa and am headed there again now, was up twice during the night to use the toilet despite taking a sleeping pill. Today my hands are less red and the hot spots there are recovering. Fatigue is still an issue.

During my first cycle of Xeloda I was uncomfortable starting on day 14 and continuing for almost a week, the week off treatment. On this second cycle the side effects started on day 12 and I don't know how long they will continue.

I'm still hoping for good results from Xeloda and hope I can continue to tolerate it.
Posted by Jill at 11:47 AM 1 comment:

As I finish my second cycle of Xeloda, my tumor markers are down by 30 points and the treatment appears to be tolerable so far. My hands and feet are a little red but not interfering with daily activities. I've had a little diarrhea although not to the point that I have to call the doctor. I'm a little fatigued but it's nothing that a short rest on the sofa can't fix.

I am scheduled to have a follow up brain MRI next week to determine if the Xeloda is helping there also.
Posted by Jill at 12:28 PM 2 comments:

Here is a link to the article about Cymbalta reducing the pain of chemo-induced neuropathy:

Antidepressant Cymbalta (duloxetine) has been found to relieve the symptoms of chemotherapy-induced peripheral neuropathy, a painful tingling sensation many patients experience after undergoing chemotherapy. The researchers, from the University of Michigan School of Nursing, reported their findings at the American Society of Clinical Oncology Annual Meeting. They explained that Cymbalta was effective for 59% of the patients in their clinical trial.

Here's a take from a fellow soul who's living with cancer.

Once, Twice, Three Times Malady: My Love Affair With Cancer and Why I Decided to Tell the World

... Some cancers just can't take a hint. You can poison with chemo cocktails, butcher with surgery, burn with radiation, and they still won't leave you alone. You can't get a restraining order against a tumor, I've been told. My cancer can't get enough of me. My cancer keeps coming back. And so I've decided to accept my illness in order to move on with my life -- instead of cure or die, I've chosen truce. I'll keep my life -- and cancer can have supervised visitation rights...

My feet still seem to be okay - no burns yet from the Xeloda - and I think the neuropathy may have regressed toward my toes. The balls of my feet now seem less numb. Three cheers for Dr G finding that article on double-dose Cymbalta for chemo-induced neuropathy. I've had the neuropathy for more than a year and it is slowly going away.

I ordered more lined socks today and also got an education and free sample of BodyGlide from a sales clerk at Super Jock 'n Jill (how could I could resist that name!). A member of my support group had recommended an anti-chafe powder by Asics, but apparently it's no longer made. This BodyGlide is supposed to provide similar anti-friction support and glides on like a deodorant.

Between the Udderly Smooth cream, special socks, and BodyGlide, I am trying to nip any hand-foot syndrome in the bud before it can get a start. 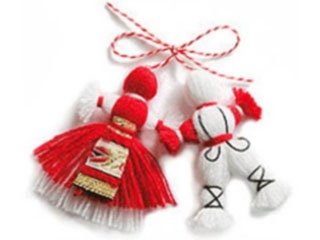 Today is the eleventh anniversary of Rik's open heart surgery. 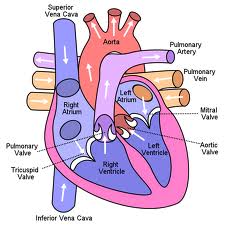 Rik was born with an abnormally narrow aortic valve. It was diagnosed when he was only a few days old. Throughout his childhood, Rik had many tests to determine how well his heart functioned. He remembers being told before one exam that he had to hold very still, because he was about to receive "astronaut training." (W                                       hat nine-year-old wouldn't want to cooperate with that in mind!)

Rik's doctors told him that by the time he was 40, he'd need to have that aortic valve replaced. In the meantime, he lived a normal life growing up in Montreal. The only sport he was forbidden from playing was football, and those of you who've seen him skate know he's a wizard on the ice.

Eleven years ago, Rik was diagnosed with a hernia. As part of the prep, he had to undergo some heart tests. Lo and behold, the valve was finally narrow enough that it needed replacement. No, it couldn't wait until the end of the school year -- it had to be done NOW.

March 1, 2002 was a scary day for our family. Of course, there was also a lot of joking about how long it would take the orderly to shave his hairy chest. The procedure took many hours while Rik's parents and I waited. Our friends C & M brought Shabbat dinner for us to eat. As I recall, we only received one notification from the OR, when he had been taken off the heart-lung machine. Once the surgery was over and Rik was in the ICU, we were able to visit him for a few minutes each hour. But the next morning, when we returned, he was sitting up and eating oatmeal for breakfast!

Rik had a good recovery and he is more active than ever. He still out-skates everyone else and our friends' kids have fun chasing him around the ice rink. The titanium valve is in good shape and if I lean on his chest, I can hear it ticking away.
Posted by Jill at 3:47 PM 1 comment: